The small town with a big history.

Hillsborough's downtown historic district — listed on the National Register of Historic Places — features more than 100 homes, churches, school, and other structures from the late 18th and 19th centuries. Among those buildings open to the public are the Visitors Center, which served as Gen. Joseph E. Johnston's headquarters when he surrendered the largest of the Confederate armies to Gen. William T. Sherman, leading to the Civil War's end.

Today, Hillsborough is a tourist destination, a haven for artists and writers, and a wonderful place to live. The town is centrally located in North Carolina with fast access to the Triad and other Triangle cities. Interstate 85 runs through the town, and Interstate 40 is just south of its limits.

Barbecue lovers descend on the town each May for the annual Hog Day, and the downtown comes alive Friday evenings with arts and entertainment during Last Fridays celebrations. In addition to Revolutionary War reenactments and guided tours of the historic district, Hillsborough is home to Occoneechee Mountain State Natural Area and several other trails. New parks and public spaces are making our historic town even richer. Come see what is happening in Hillsborough!

Discover more about the history of Hillsborough

The Town of Hillsborough was established in 1754, two years after the formation of Orange County, where the Great Indian Trading Path crossed the Eno River.

For many years Hillsborough was a leading town in its region of North Carolina and many significant historical events occurred here. There remain more than 100 late eighteenth and nineteenth century structures that illustrate this history. In addition, there are numerous secondary buildings, bridges, millsites and dams along the Eno, and Native American relics from the locations of ancient towns stretching back thousands of years.

William Churton first laid out the town of Hillsborough, then called Orange, on 400 acres granted by the Honorable John Earl Granville. He provided for spacious public squares at each intersection of main streets. In 1766, however, this plan was abandoned, and in spite of the hilly situation of the town, the familiar checkerboard-and-cross street plan was employed by surveyor and town founder William Churton. Hillsborough took its present name in 1766 after the Irish peer, William Hill, Earl of Hillsborough, Secretary of State for the Colonies from 1768 to 1772 under George III. The street names - Tryon, Wake, King, Queen, Churton - still recall this early history.

Hillsborough was a center of political activity during the colonial and Revolutionary period. Several royal and elected governors lived here, as did a signer of the Declaration of Independence, William Hooper, whose house still stands. The War of the Regulation (1766-1771) ended here. The town hosted the third Provincial Congress (1775); the state's Constitutional Convention of 1788, which demanded that a Bill of Rights be added to the U.S. Constitution; and five General Assemblies (1778, 1780, 1782-1784). Hillsborough was the base of operations for the Continental Army led by Revolutionary General Horatio Gates. Later, General Cornwallis raised the Royal Standard here during his stay in February 1781. Hillsborough remained a political and cultural center in the nineteenth century. It was from temporary headquarters near town that General Joseph E. Johnston rode out to surrender the largest of the Confederate armies to General Sherman in 1865. The farmhouse where this took place has since been moved into downtown Hillsborough and serves as the Orange County Visitor Center.

Today, Hillsborough is STILL MAKING HISTORY by building fabulous parks and greenways such as Riverwalk, being the location for great annual events such as Hog Day, Handmade Parade, and Tarwheels & Hillsborough Half Marathon road races, and for being home to world class, award winning chefs, brewers, artists, musicians, and writers.

Meet a few of the historic figures that helped shape Hillsborough’s rich history. Visit the Burwell School Historic Site to discover the inspiring story of Elizabeth Keckly, perhaps one of Hillsborough’s most nationally known individuals. Mrs. Keckly was a former slave turned successful seamstress, who is most notably known as being Mary Todd Lincoln's personal dress designer and confidante. Her autobiography, Behind the Scenes Or, Thirty Years a Slave and Four Years in the White House, tells how Mrs. Keckly utilized her intelligence, keen business savvy, and sewing and design skills to arrange and ultimately buy her freedom (and that of her son George as well), and later enjoyed regular business with the wives of the government elite as her base clientele. 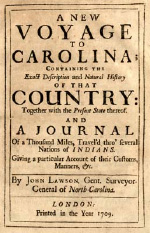 Maybe you like to explore, or perhaps you enjoy visiting natural areas such as the Eno River or the Occaneechi Mountain. If so, then you are following in the footsteps of John Lawson. Lawson was the explorer who visited the Occaneechi Indian Village in 1701. The Occaneechi settled along the Great Trading Path and the Eno River, a location ideal for trade and travel. If you haven’t explored this area yourself, come to Hillsborough and learn about some of its earliest inhabitants and explorers. 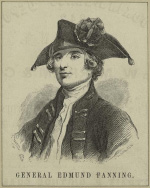 Visitors to the town can see evidence of our rich legal history in the variety of buildings, such as the Old Courthouse and the Norwood Law Office. One such story belongs to Edmund Fanning. Edmund Fanning was a Yale graduate and a judge who lived in Hillsborough before the Revolutionary War. Fanning’s home sat where the Masonic Lodge currently sits. Edmund Fanning was involved in the political process of his time and was loyal to the British crown. He even served as British General Governor. Many people in Hillsborough disagreed with Fanning’s position on political and legal matters and took action against him, ultimately destroying his home. Hillsborough's rich artistic heritage includes jazz, as well. Billy Strayhorn was an American composer, pianist and arranger, best known for his successful collaboration with bandleader and composer Duke Ellington lasting close to three decades. His compositions include "Chelsea Bridge", "Take the "A" Train" and "Lush Life". Strayhorn spent many months of his childhood at his grandparents' house in Hillsborough.