Occaneechi village to rise again along Eno River in Hillsborough 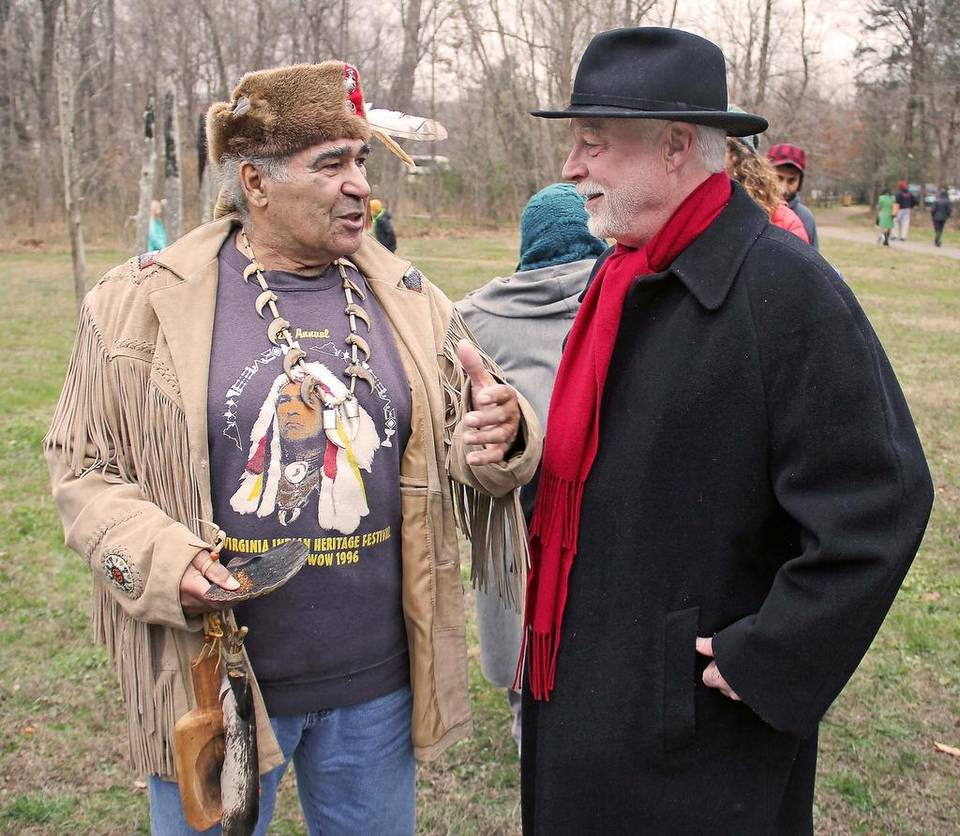 The weathered, cedar poles are all that remain of the replica Indian village along the banks of the Eno River behind the Orange County Courthouse in Hillsborough.

The few huts encircled by a palisade wall was a reminder of the Occaneechi people who lived nearby, after being driven from Virginia’s Roanoke River by Bacon’s Rebellion in the 1600s. For about seven years, the village told the story of a people who once controlled the deerskin trade along the Great Trading Path from modern Virginia to Georgia.

In 2004, after falling into disrepair, the village was packed up, its parts moved to Alamance County, where the Occaneechi were starting a tribal center on 25 acres. The replica was gone, but for a few, now-gray, cedar poles left behind.

“Everybody missed the site,” said Sarah DeGennaro, the executive director at The Alliance for Historic Hillsborough. “It was a major tourist attraction. They call, still, and ask, ‘Is the village there?’”

This spring it will be.

On a cold Saturday afternoon, John “Blackfeather” Jeffries blew smoke in the four compass directions as about 125 people gathered to rededicate the site where the Occaneechi, town and county plan to rebuild.